8 tips to bridge the age gap in your team 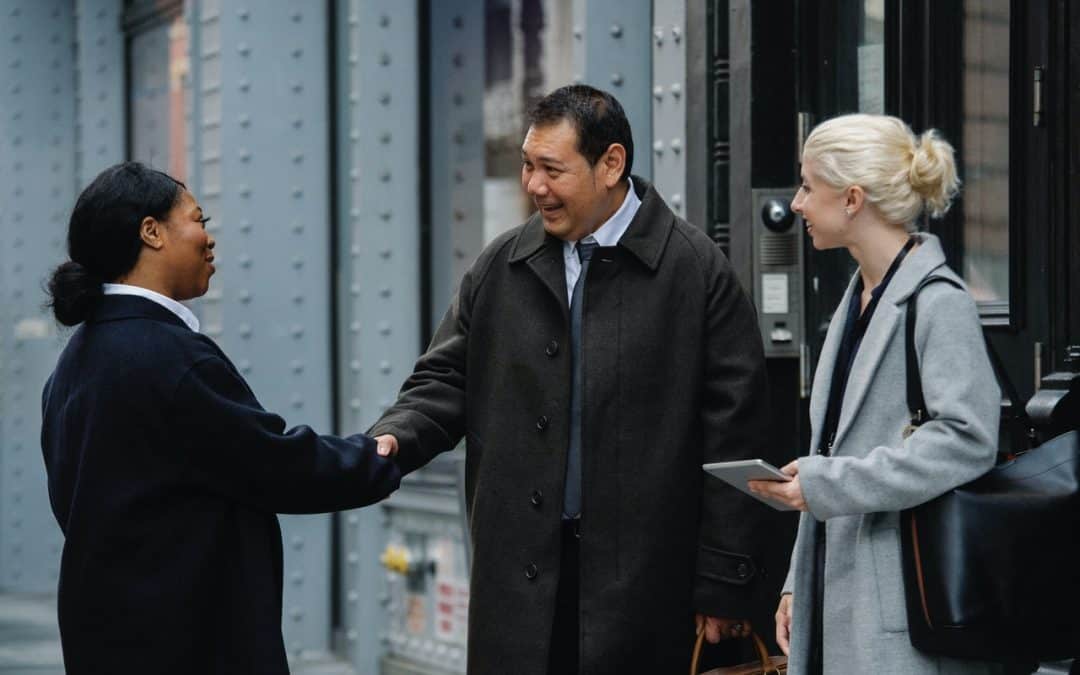 As I lookback at all the challenges my clients have faced over the years, there is one that pops up repeatedly when there is a significant age gap between employees. Although they are supposed to be working on the same team, many times it’s as if they are competitors rather than colleagues.

During my initial intake interview with teammates in this situation, I usually hear things like, “He’s stuck doing things how they were done 30 years ago,” “This youngster doesn’t have as much experience as I do,” and “We’re just worlds apart on this and can’t see eye-to-eye.”

I want to let you in on a little secret: if your company is made up of both older workers and younger ones, you don’t realize how lucky you are. When you put your differences aside and come together, you would be amazed how much you can learn from your colleagues who are much older or younger than you. In fact, the potential for success for the organization is astonishing.

This September is Intergeneration Month. Take some time to focus on building a cohesive team.

Here are eight ways to do it.

Whenever two or more people from different backgrounds, ages and experience sets are placed together, there are bound to be different approaches to working and problem solving. Tolerance is key in this situation. It may be easy to become frustrated because the other person is not acting or working the way you do, but learn to tolerate them and look past those differences. Take a deep breath and see it as a learning opportunity. If it doesn’t work out and if it doesn’t affect the outcome of the job, just move on.

RELIEVE YOURSELF OF PREJUDICE

A lot of people have a preconceived notion about others who are in a different age group. Younger people may think that older people are over the hill and can’t keep up, while older people may have the idea that all younger people are rude with a sense of entitlement. These prejudices can often have a disproportionately large influence on how we interact with others and lead to a self-fulfilling prophesy. As with any relationship, working or otherwise, it takes time to get to know someone. Don’t jump to conclusions and make assumptions about someone else based on their age. Judge each person as an individual.

While different people may all have their own way of doing things, never become so rigid that you can’t adjust your methods in order to accommodate others. An older worker may think that they have found a routine that works, and they are sticking to it no matter what. A younger worker may think that they have found a new revolutionary way to do it and they are ready to chuck the old method all together. Both sides should weigh the pros and cons of the other’s position and find a common ground. Keep the best of both methods if possible.

NEVER STOP LEARNING FROM EACH OTHER

A younger worker can obviously benefit from the experience of an older worker. The older worker can teach them the ropes and tell them what worked and what mistakes to avoid. There is no better education than experience. On the other hand, older workers can benefit from always being receptive to new perspectives and fresh takes on the orthodox process. There may very well be some improvements that had not been previously thought of.

Every member of a team brings something different and unique to the project. It can benefit everyone if the work is delegated in a way that plays to the strengths of each individual. For labor jobs, perhaps the younger worker can handle a little more of the heavy lifting, while the older worker takes care of the finer details. When dealing with customers, an older worker may work with clients who need more attention, while the younger worker can be a little more aggressive with sales… or vice versa!

UNIVERSAL INCLUSION IN THE WORKPLACE

While the workplace is a professional environment, there will always be at least some social element involved. Whether we like it or not, this can influence a lot of professional decisions. Avoid cliquish groups. If there are any functions that involve employees, such as an office barbeque or office bowling night, be sure to include, or at least invite, everyone. Also try to encourage diverse groupings and include everyone, regardless of age in social activity.

One thing that is universal is a sense of respect. Everyone likes to be treated politely and with kindness regardless of age. It is important for younger workers to speak to older ones with respect and not talk to them like they are behind the times and past their prime. Older workers should not talk down to younger ones and treat them like children.

TEACH EACH OTHER TO COMMUNICATE

Communication is an essential component of any successful workplace, but there may be some interference in effectively communicating if language or mindsets are not the same. Younger workers may use different phrases that are common in the online community but would be unfamiliar to many older workers. Older workers may speak in a way that is more formal and was more common in the past. There should be a meeting in the middle where each side explains the meanings to each other and helps facilitate a common language that is more productive for everyone.

Instead of seeing age differences as a barrier in your organization, use it to your advantage. There might be some hesitancy at first, but I have personally witnessed many older and younger workers build very strong relationships that carried over outside the office setting. In fact, they became family to each other, and their professional success took off as well. Embrace Intergeneration month and see all the good that comes out of it for your organization.