The impact of discrimination at work 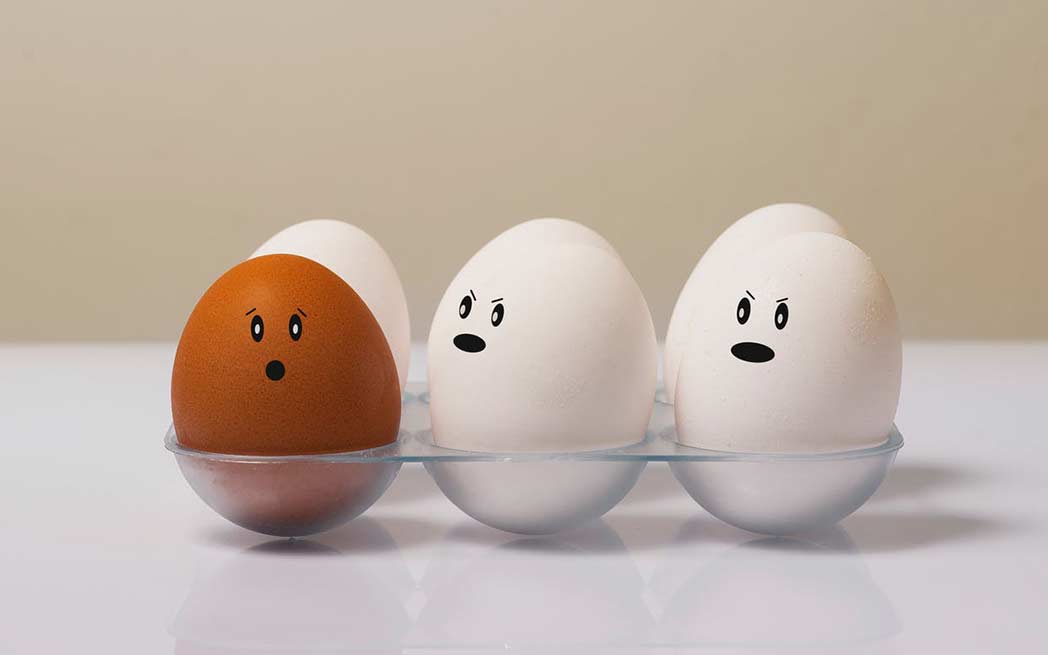 Research suggests that we instinctively categorize people and things using easily observed criteria such as age, weight, skin colour, and gender. But we also classify people according to educational level, disability, sexuality, accent, social status, and job title, automatically assigning presumed traits to anyone we subconsciously put in those groups.

The “advantage” of seeing things this way is that it saves us time and effort processing information about people, allowing us to spend more of our mental resources on other tasks. The clear disadvantage is that it can lead us to make assumptions about them and take action based on those biases. This results in a tendency to rely on stereotypes, even if we don’t consciously believe in them.

No matter how unbiased we think we are, we may have subconscious negative opinions about people who are outside our own group. But the more exposed we are to other groups of people, the less likely we are to feel prejudice against them.

THE IMPACT OF DISCRIMINATION

While we may not be aware of being biased and prefer not to admit it if we are, they can have damaging consequences on both the way we manage and the people we manage.

Studies show that perceived discrimination (how people feel when they’re being discriminated against) can affect various elements of their performance, such as commitment, job satisfaction and work tension.

For example, you may be influenced by unconscious bias when you conduct performance management reviews. If your people suspect that is the case, or are just suffering the consequences of your unwitting discrimination, it can lead to mistrust, lowered morale and an increased likelihood of good people leaving your organization.

Just imagine how you’d feel if someone was discriminating against you, based on some superficial aspect of who you are!

‘While we may not be aware of being biased and prefer not to admit it if we are, they can have damaging consequences on both the way we manage and the people we manage.’

If a team member does feel you have discriminated against him or her, even unwittingly, it could impact you in a number of ways. He could begin a grievance procedure against you or even leave your organization, citing discrimination as a reason. Make sure that you understand the discrimination laws that apply in the country where you work, and that you understand your rights and responsibilities, and those of your people.

THE BENEFITS OF DIVERSITY

Diversity refers to the variety of differences between people, which can include race, gender, age, sexuality, education, and social class. Worldwide urbanization, communication and mobility have increased workplace diversity and will likely continue to do so.

Organizations that embrace a diverse workforce and create systems that support it can reap numerous benefits:

‘Organizations with diverse leadership tend to perform better. A study has identified workforce diversity and inclusion as a key driver of internal innovation and business growth.’

HOW TO AVOID UNCONSCIOUS BIAS

You can address these discrimination issues by increasing your awareness of your unconscious biases, and by developing plans that make the most of the talents and abilities of your team members.

RECOGNIZE YOUR OWN BIASES

You need to be honest with yourself about the stereotypes that affect you. For example, you may consciously think that men and women are equally effective leaders but, as a woman, you believe that men perhaps don’t have the same level of empathy and people skills as women. That subconscious bias could influence your actions leading to male candidates being excluded from certain roles or positions.

Recruitment is an area where unconscious bias may come into play. As we have seen, people may unwittingly tend to favour applicants from their own familiar backgrounds. But you can take practical steps to reduce this bias. For example, by ensuring that the wording of your job advert does not favour one group of people or another (for instance, by using words that appeal equally to men and women). And when you read resumes, read several side by side rather than just one a time. That way you focus more on the performance and skills mentioned than on issues such as gender.

A useful exercise is to imagine a positive contact with the group toward whom you may have a bias. Research has shown that simply visualizing a particular situation can create the same behavioural and psychological effects as actually experiencing it.

Also, pay particular attention to your choices when you are feeling tired, rushed or stressed, as these situations tend to activate our biases.

‘You can address these discrimination issues by increasing your awareness of your unconscious biases, and by developing plans that make the most of the talents and abilities of your team members.’

Many organizations assume that their policies on avoiding discrimination are robust and work well, so perhaps they fail to weed out some subtle biases. Declare your intentions about valuing a diverse workforce. Saying words out loud, or writing them down, sends a clear message to everyone you work with, as well as to your own subconscious.

Remember, exposure to negative stereotypes can reinforce their influence on your behaviour, even if you don’t consciously agree with them, so consider providing positive images in the workplace, for example, using posters, newsletters, reports, videos, and podcasts.

Surround yourself with positive words and images about people you might have stereotypical thoughts about, to help eliminate negative biases. For example, if you are interviewing someone who has just moved from India and you’re worried about her language skills, look at positive images of people from India and read their success stories, so you won’t subconsciously assume she is not capable of doing the job.

Use language that is clear and non-biased, such as “he or she” instead of always using “he,” in internal documents, job descriptions and other management practices. Also, managers often subconsciously use positive language for preferred team members or groups. Lack of clarity can cause confusion and create openings for bias to emerge.

This article has been published on westmountmag.ca