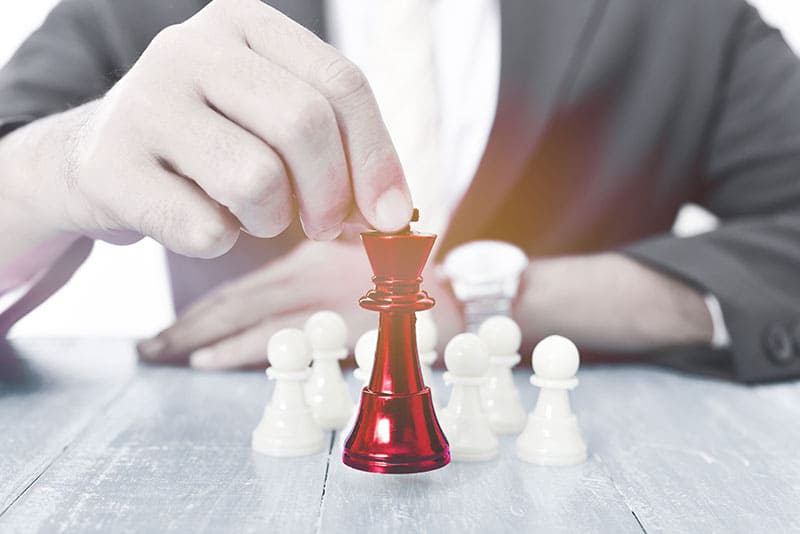 However, the pseudo fact that risk correlates with return have some truth in it. You need to understand what causes it.

Money doesn’t make money. People make money. Someone else will have to work on that money so the money can produce more money. Let’s call those people workers. Workers here include CEOs, Entrepreneurs, all the way to blue collar workers. Those workers organize various resources, including your money and themselves to maximize their yield.

How much each worker gets depend on supply and demand. Currently, due to centuries of prosecution and genocide, people that are risk taking enough to be entrepreneurs, or love to learn enough to be CEOs are under represented in the gene pool.

The market values the rare. So entrepreneurs and CEOs tend to get paid way higher salary than blue collar workers, which are often investors. The commies, realizing that, switches side by supporting the interests of capital owners against workers’ interest by demanding lower CEOs salary.

Here, investors are those who just put their money and do nothing else for the business. If you invest in your business then you are both investors and workers. Your return as an investor is the amount of profit that the workers are willing to share you. For simplicity sake, let’s just say that the business is already established with constant revenue.

Here’s the catch. Why in the earth are workers willing to sell their businesses to you for a mere $100,000.00? Just like workers have market value, money’s salary has market value too. We call it interest rate. The workers know that it’s good enough for you to get 20% ROI per year.

However, when offers come to potential investors, that mantra is used by workers to decide the ROI they feel the investor deserves. If the entrepreneurs realize that they their business is quite safe, he’ll simply give investors low ROI. And that’s how the low risk low gain high risk high gain mantra becomes a reality in the point of view of investors.

Exceptions to the Norm

If a woman works as a stripper, and gets paid, what’s her ROI? Given that she’s working on a job that absolutely needs no capital and she gets some money then the ROI is infinite right? I would disagree. You need to take into account her beauty, her boobs size, her sexiness, and her young age as assets too. We can think of the value of the assets as how much we’re willing to pay her as a slave. In that case, the ROI is not really infinite. I think it’s not much higher than typical ROI. You’ll see more of it when discussing ones’ worth.

Ones’ own business can be thought of as an investment. You can buy a product for $10,000 and sell it for $16,000 and get 60% return within a month for example. Is it risky? No. many people do it every month. However, in a sense, it’s not really an investment. If it is, we would have been a billionaire by just keeping on reinvesting. It’s business. It’s investment that we have to work for. In a sense, the real ROI is not really 60% per month because the business it self has a market value. Just to let you know that with some work, you can indeed get 60% return on some of your money.

However, you got to work on that money rather than just fire and forget. Hence, it’s not an investment. It’s more of a job like that of a stripper.

And then there are risks that’s inherent not in the investment but in you. For example, investing offshore tends to be less risky than investing in your own country. Why? Well, you’ll never know when the next time you bump into some frivolous lawsuits, or have some religious fanatic committing sweeping against your shops. The places where you live are the places you often end up fighting others. We’ll talk about it more when we talk about offshore investing.

Some investing is quite bad. Putting money in the bank can often yield so little return that the return is actually less than the inflation rate. That means you actually lost money every year. In a sense that’s risky too because you’re guaranteed to lose your money every year. How’s that for low risk low yield. However, people do put their money in the bank for the liquidity and to balance the risks on other investments.

Risk and yield can be manipulated. For the same yield, investors can get less risk by diversifying his money. However, the process is cumbersome. Such processes turn investing into another business again. For the same risk, or for a very low risk, investor can increase yield by leveraging his money with borrowed money. This is usually done in real estate industry. Banks realized that land value are quite stable and hence are usually willing to lend money to land banking industry than most others.